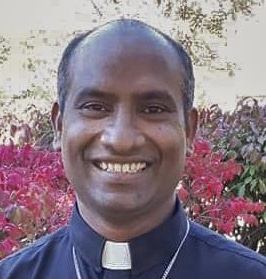 Mathew was born and raised in India, moving to the St. Catharines area in 2009.  He graduated with Masters of Theology in New Testament from Tyndale University in 2011, and a Bachelor of Divinity from Serampoor University in India in 2005.  He also has a Master of Arts in Public Administration from Andhra University.

Mathew has served in Christian ministry for many years, and after moving to Canada was a chaplain in hospitals and long-term care, walking alongside people with compassionate care, supporting spiritual, emotional, and religious needs as well as one-on-one pastoral care and counselling.

Before being ordained to Priest with ANiC and stepping into the role of Interim Rector at Good Shepherd, Mathew was a volunteer pastoral care visitor with our church.

Mathew is married to Kelley and they have three beautiful children. 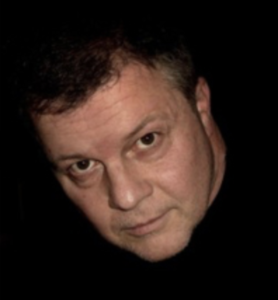 Originally from Eastern Ontario, Jamie is well-known in the Ottawa and Niagara regions for his contributions to both Celtic and Christian music.