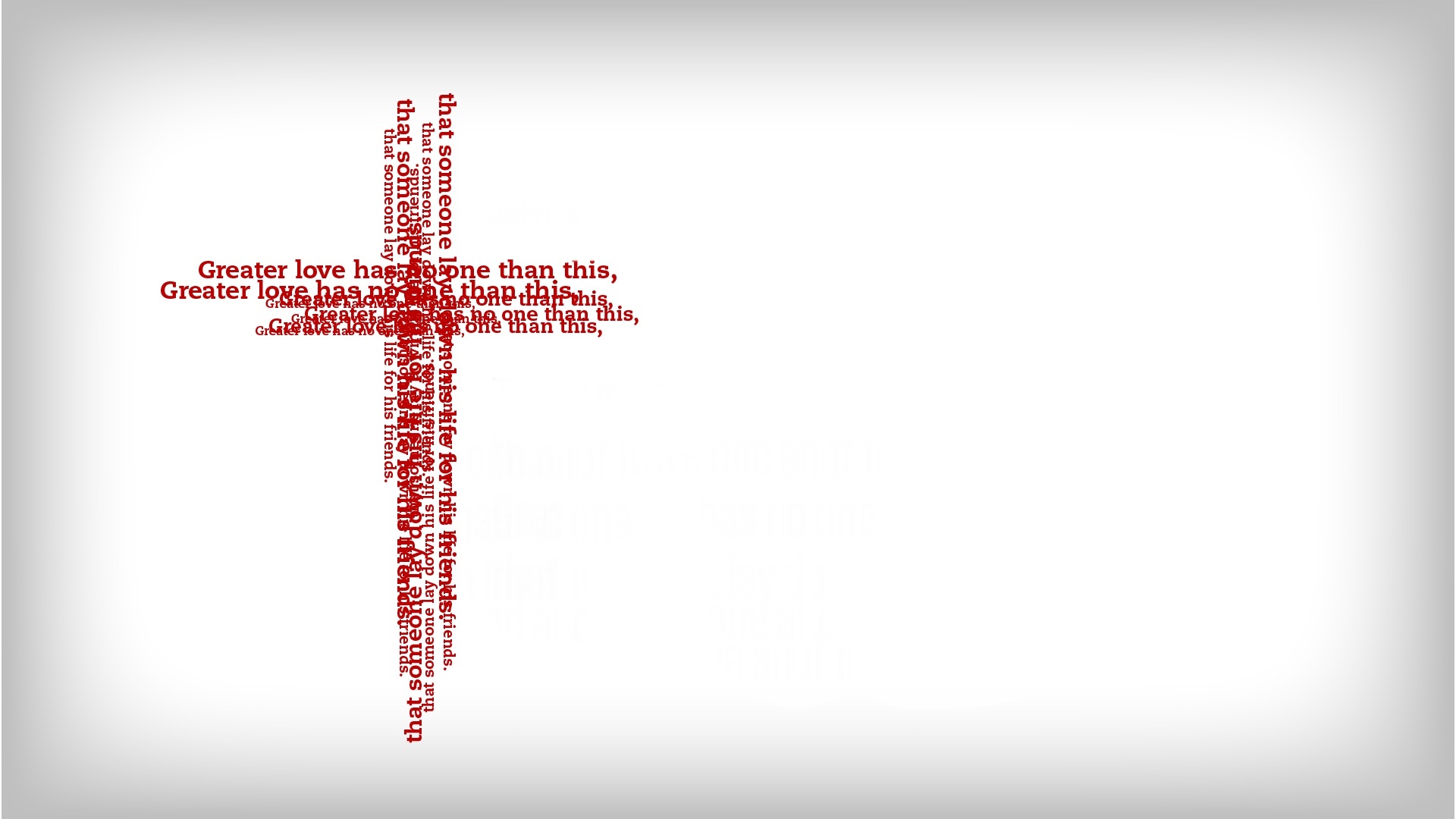 As you know, our April 15th Service was cancelled because of the dangerous weather.  We were to begin our series on First John.  Rev. Jim has written a reflection on 1 John 3.4-7  from his sermon notes that you can peruse before next week’s lesson.

You can read it below!

The term righteousness gets a bad rap lately. Some people see righteous people as annoying; or a problem to be solved.

Some narrow it down to the basic principle that righteousness is simply doing what’s right. To be righteous is to do what is deemed to be the “right thing” to do.

That’s true… but…. On its own, this definition is flawed.

Can we actually judge for ourselves what is “the right thing”?

I had a huge problem trying to narrow down and make sense of this message this week.

And, frankly, I have a huge problem in preaching it to you.

The fundamental roadblock for me is this: I don’t consider myself righteous enough to preach to you about righteousness.

I have a sin problem.

And, every day ends the same for me. I spend the day trying to do what’s right, and then I lie in bed and think about the regrets of the day and quietly confess them to God.

I struggled with verses 4-7 from chapter 3 of First John. Listen to it:

4 Everyone who makes a practice of sinning also practices lawlessness; sin is lawlessness.

5 You know that he appeared in order to take away sins, and in him there is no sin.

Well, isn’t that one of the most hopeless sounding texts in the the New Testament?

The Apostle Paul talks about this cycle of sin in Romans 7:

Well, at least I’m in good company, I guess.

In most cases in Scripture, the Biblical point of view on Righteousness is not just a state of “being”.

Way may hear the derogatory version like, “You are so righteous”, which does describe a characteristic. But biblically, righteousness is also a VERB. It is about not just being, but “doing”.

Blessed are they who observe justice, who do righteousness at all times!

15 He who walks righteously

3 To do righteousness and justice

is more acceptable to the Lord than sacrifice.

It is tied to moral/ethical behaviour:

20 For I tell you, unless your righteousness exceeds that of the scribes and Pharisees, you will never enter the kingdom of heaven

Biblical righteousness is almost always related to the commands of God:

Righteousness is a judicial word, and is closely associated with the Law in the OT. The more you obeyed the law, the more righteous you were. For example:

That’s why John uses the word “practice” in his Epistle, which is, “to do” in the Greek. He says, “Those who do righteousness are righteous.”  You can’t be righteous until you do “right things.”

v.4. Sin is lawlessness – that is, the opposite of righteousness. And lawlessness is rebellion against God. It is chaos, it is darkness, it is the way of the world- disorder, unruliness. To live in lawlessness means to live life ungoverned by faith; and not obedient to God’s laws.

• To be lawless is to refute the commands of Jesus.

• To sin is to live outside the law of Jesus.

John is not talking about the little mistakes/or big mistakes we make throughout the day.  Everyone sins. Everyone falls short (Romans 3.23).

Note that John says it is “in practice” …. the whole spectrum of your attitudes and life. He is talking about a new way of life… and he says

you can allow the law of Jesus to make you righteous,

or you can allow Satan to make you live in lawlessness.

N.T. Wright says this about that:

“What he [John] is talking about here is the whole habit of life, ‘going on sinning’, sinning as the regular mode in which we live. We should be doing our best to avoid all kinds of sin, all the time, though we shall surely fail; but the failures must take place within a settled habit of life in which sin is no longer setting the tone.” (emphasis mine)

What is the Remedy?

If you go back and read chapter 1 of First John you’ll see that this is all said in the context of a call to a new fellowship… a new life… lived in the resurrection of Jesus. A new community, justified by faith alone, but that expresses and lives out that faith by doing the commands of Jesus – loving God and loving neighbour.

Even though we are far from perfect, we can live a holy and righteous life right now!

We don’t have to live in darkness; we can live in the light of God!!

How can that happen?

Because Jesus is not just your redemption by faith… He is your sanctification!

Jesus not only saves you… he makes you holy.

How does he make you holy?

We have to jump back to 1 John 2 to answer that question. It is in this context that we must take these verses about sinning in chapter 3. The original readers of John already read this and had this in mind when they got to chapter 3.

“My little children, I am writing these things to you so that you may not sin. But if anyone does sin, we have an advocate with the Father, Jesus Christ the righteous. 2 He is the propitiation for our sins, and not for ours only but also for the sins of the whole world. 3 And by this we know that we have come to know him, if we keep his commandments. 4 Whoever says “I know him” but does not keep his commandments is a liar, and the truth is not in him, 5 but whoever keeps his word, in him truly the love of God is perfected. By this we may know that we are in him: 6 whoever says he abides in him ought to walk in the same way in which he walked.”

“Because Christ has taken away our sins, we have a new liberty and freedom. Sin no longer dominates us or enslaves us. Sin is no longer the character and conduct of my life. Because I now abide in Christ and in the power of His person and work in the gospel, I may fall into sin, but I will not walk in sin. Sin will not be my habit; it will not be my normal practice. I no longer love sin; I hate sin. I no longer delight in sin; I despise sin…”

“Christ is my righteousness positionally and experientially— determining what I am in the eyes of God and directing how I act here on earth. He is my redemption and my sanctification.” (emphasis mine)

John is not saying that it’s all hopeless. He draws us into asking ourselves what sets the overall tone of our lives?  Jesus command to love God and neighbour?  Or lawlessness?

He also tells us that through Jesus we remedy our sinfulness by confessing them and repenting… turning away from lawlessness and sin, and following the commands of Jesus… striving to be pure and righteous – obedient to God’s commands – as He was.

But when we fail… we can come to Jesus and be clothed in his good works, his righteousness.. and for that split second between that moment of confession and your next sin… you are righteous.

The point of the passage is that when you wake up in the morning, your list of things to do for the day are not things of the world/flesh… but the things of God.

But, sometimes… something happens that despite our good intentions, we slip up and even if for a second or an hour or more, focus more on ourselves  than we focus on God; we are tight with our money instead of giving it away; we do what makes us happy at the risk of hurting someone else; we use worldly wisdom instead of God’s; we do the will of the flesh instead of the will of the Lord.

But… here’s the thing:

Every day you get up and you say, “Today I’m going to be more like Jesus than I was yesterday.”

Not because it has anything to do with our salvation’ but because righteousness is the way of God and Jesus says that if we hunger and thirst for what is righteous, we will be filled/fed/satisfied with righteousness (Matt.5.6).

One way… if not THE way to thirst and hunger after righteousness is to confess and repent of our sins. Not as a scapegoat…. not to say; I can keep on sinning…. but because you hunger and thirst to reflect the love of Jesus in every day life (1 Peter 1.15).  You strive to be holy as he is holy.

There are some of us reading this who have some pretty big sins… and wonder why they keep backsliding… It is this spirit/flesh battle that requires attention and care and determination.

“For I know that nothing good dwells in me, that is, in my flesh. For I have the desire to do what is right, but not the ability to carry it out….

So I find it to be a law that when I want to do right, evil lies close at hand. For I delight in the law of God, in my inner being, but I see in my members another law waging war against the law of my mind and making me captive to the law of sin that dwells in my members. Wretched man that I am! Who will deliver me from this body of death? Thanks be to God through Jesus Christ our Lord! So then, I myself serve the law of God with my mind, but with my flesh I serve the law of sin.” (Romans 7.18, 21-25).

And you will never fully succeed at it in this earth. But look what John says… this is not an eternal battle!  We will achieve complete righteousness… we will achieve perfection:

Beloved, we are God’s children now, and what we will be has not yet appeared; but we know that when he appears we shall be like him, because we shall see him as he is.

“This life therefore is not righteousness, but growth in righteousness, not health, but healing, not being but becoming, not rest but exercise. We are not yet what we shall be, but we are growing toward it, the process is not yet finished, but it is going on, this is not the end, but it is the road. All does not yet gleam in glory, but all is being purified.”

Luther, Martin, Defense of All the Articles, 1521.